Inflation. The big “I” word that everyone is hearing about this year. A large portion of our population has not experienced high inflation, since the last time the rate of inflation was this high was back in the 1970s and 1980s.

What Does It Mean?

Although I’ll have another blog post that goes into more of the economic ideas behind inflation, the important concept is to understand that with a high inflation rate, it takes more dollars to buy the same good or service. That also means that each dollar has less buying power than it used to. If your income in dollars stays the same, then you’ll find that for your level of income you cannot buy as much as you used to.

The rate of inflation is another key concept as it describes how much that dollar is decreasing in value, or by how much the price of things is going up. It is usually referenced as a single number, but that just represents an average. Individual items (such as milk or gasoline) might go up faster than the average.

It is Squeeze Time!

During periods of economic downturns, companies will tighten their belts by changing their spending habits. They will delay large expenses like construction projects or buying new computers for employees. They will cut out travel, they may lay off employees, and reduce spending on office supplies.

Likewise, during these periods of inflation, this is when individuals and families need to identify areas to cut back or delay spending. For working adults, this may be more of a temporary issue, since it is likely that a yearly raise will also be greater in the coming year. Since dollars are not worth as much during inflation, the company has to give you more of them to pay you the same value for the same work.

But for older adults, this may mean that they have to continue to reduce spending because the income has not changed much in terms of total number of dollars. For example, the rate of inflation recently has been about 8%. Social Security has a Cost Of Living Adjustment (COLA) each year and in 2022, that was around 5%. But that leaves a 3% gap between an increase of income and increase in spending. If you are an older adult looking for some ideas for keeping costs down this article has a number of suggestions.

How To Tighten The Belt

In the same way that corporations cut back, it is necessary to identify ways to cut back on spending so that those less valuable dollars will go further. Consider larger expenses that can be delayed. These are called durable goods because you don’t purchase them very often, but when you do they last a long time. These are things like cars, appliances and computers. 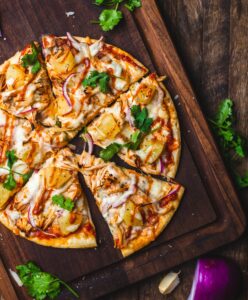 For those items that you buy regularly, consider less expensive alternatives.  Do you like to eat out?  Look for less expensive heat-up options in your grocery store.  Ordering a Pizza out might cost $20 for a large, but a heat-yourself frozen pizza might only cost $8-$10 from the grocery store.  If you are working, get lunch supplies at the store and make your own lunch to take to work.  Same with coffee – brew your own and home and bring a thermos.  When grocery shopping, consider purchasing generics rather than name brands to save some of your food budget.

This is also a good time to review your credit card or checking account statement for automatic charges and debits. Do you really NEED five streaming services? Or can you cut out a number of them because you don’t actually watch that much? Are there any other regular automatic charges that you can eliminate?

Inflationary times are great times to get creative with ideas. Don’t say, “I can’t do this anymore because it is too expensive.” Instead, ask yourself HOW you can still do something that doesn’t cost money. Take advantage of parks for outdoor activities. Plan a stay-cation. See how many low-cost and no-cost activities and events you can participate in.

While inflation is going to be with us for a period of time, it doesn’t have to feel like the world is ending. By thinking things through, being creative and being willing to cut back, you can get through this.