The week of February 21, 2022 is the beginning of America Saves Week, a week devoted to encouraging Americans to save some of their money for what they will need later. For example, there are still too many families who would have trouble coming up with $400 in an emergency situation. Saving money will help end that risk.

Here are some options for saving for each day of the week.

Saving doesn’t have to be painful and it is fairly easy to set up automatic savings. A person with a savings and a checking account can often set up an automatic transfer of funds from the checking account to the savings account. Set that up to happen the same day the paycheck is deposited so that it comes “off the top” of the paycheck. If you don’t see it, you won’t miss it. 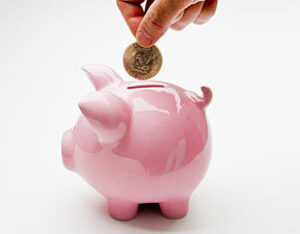 Likewise, most employers who offer direct deposit (which is nearly everyone now) will allow the employee to designate more than one account for a direct deposit each paycheck, so a certain percentage can be allocated to checking and a certain amount to a savings amount directed to a separate savings account. If it can be done by a percentage rather than a specific amount, all the better. Since that money never gets to the checking account, one is less likely to miss it.

Another benefit of splitting the paycheck by percentage is when the employee receives a raise, the amount going into savings goes up as well.

Tuesday: Save For the Unexpected

If a family is living paycheck to paycheck, then keeping up with the normal expenses is may be working. But normal only continues for so long before the unexpected expense pops up. Whether it is a higher-than-normal utility bill, or car repair, or health expense, that extra bill can throw off the whole delicately balanced dance of money in and money out.

To provide for the unexpected, a fund for the unexpected expenses needs to be set up. Funding can start small and build as more money becomes available. Use this fund to hold bonus money, side hustle, or other one-time or extra income. Make a habit of putting a little bit into this each day or week. Find something that is a Want rather than a Need and give that up once a week and put that money into the emergency fund. Even if it is just collecting extra change in a jar and depositing that change into the account, every little bit can help this grow.

Initially, put anything you can into the fund and don’t worry too much about the actual balance. The point is to start a habit that continues to serve you well. Later on, when that habit is ingrained, goals can be set to have enough money in that fund to handle a month, then three months, then six months of household expenses.

Don’t be discouraged if it is necessary to dip into the fund as it is being built. Unexpected expenses won’t wait until it is fully funded before they show up. Just start over again and keep at it.

Wednesday: Save For Retirement

In previous generations, the company employees worked for would offer a pension program. Either the company paid for all of it, or the employee and the employer would both contribute to the pension. After several decades of work, the employee could retire and get paid a monthly pension for the rest of their life. This sometimes even provided for the widow for her lifetime as well.

With the introduction and growth of 401K offering, the pension has gone away and the responsibility for saving for retirement is pushed upon the employee. Unfortunately, too many employees do not put any or enough money into their 401K program to allow them to live off of during their retirement. Personal Capital quotes a federal study showing that the most common amount of retirement savings in a 401K by age 65 is less than $65,000. That might last a year or to five at most.

It is important to fund retirement, so the easiest way to do that is to designate a percentage of wages to be deposited into a 401K account with the employee’s company. Often, the employer will match a portion of those contributions which is like getting an additional instant raise. Again, by having this done by the employer, you won’t see that money in your take-home pay so you won’t miss it.

Thursday: Save by Reducing Debt

The average household has over $155,000 in debt (mortgage, student loans, credit cards, auto loans) in 2021. Each dollar of debt also comes with an additional amount of interest that is owed. That is money that cannot be allocated to savings. For each dollar in debt that can be eliminated, that represents interest that doesn’t have to be paid on that borrowed dollar.

Look for ways to reduce debt. For some, they choose to reduce their expenses to the very minimum necessary and put all of the extra money into paying off debt. For others, it can be done by putting a little more than the minimum toward a particular debt, and then using that whole minimum-plus amount to start applying to the next debt. Using methods like these, it is possible to pay off a large amount of debt in only a few years. But it takes commitment to do that. Starting small and getting encouragement from the successes will reduce debt quickly. If you are interested in learning more, we can assist.

Friday: Save as a Family

Saving does not have to be an individual or a couple habit. Teaching children the habit of savings will help them succeed and give them a more abundant financial life as they become adults.

If children receive an allowance, teach them to save a percentage of that allowance. The concept of 50-30-20 may be useful to a child receiving an allowance that is meant to cover some of their expenses (such as clothing). When they receive their allowance, have them allocate 50% to those things you have them pay for themselves (clothing, etc.). Allocate 30% to their wants, whether it is a new brick-building toy or some other desire. Then have them put 20% into a savings account at a bank so that they can watch this amount grow.

This 50-30-20 split of expenditures may also make sense for the adults in the family as well.

Another method might be to turn savings into a game, where each family member has their own savings jar and each put in what they can to grow their savings. Adults can perhaps add their extra change so that they don’t have an unfair advantage over children who receive less income and options to save. The one who saves the most might get a special bonus or a prize. Deposit the jar holdings into appropriate bank accounts. Restart the game at regular intervals to allow others to potentially win and reinforce the habit.

Regardless of the method, encouraging all Americans – big or small – to save will benefit both the family unit and the economy as a whole. As I write this, America is suffering from inflationary pricing due in part to the shortage of desired goods and services. If Americans were to save their money rather than spend it, the demand for goods would decrease and it would reduce the demand. Thus, supply and demand would even out more resulting in lower prices. Saving isn’t just a good idea for individuals – it can help all of us.