If a charity is skimming money off the books, then it isn’t going to be a charity for very long. But that isn’t the type of skimming I’m referring to. As we approach the 4th quarter of the year, the number of end-of-year solicitations is going to increase in your mailbox or your email inbox. The question is what do you do with these? Who is deserving of your charitable dollars and how much? Let’s look at these as separate questions.

How much should each charity get? 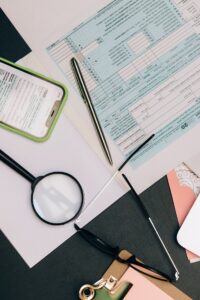 The answer is going to be a decision for each person or household.  Do you really know how much you give to charities or do you just send some money to ones you’ve heard of or who you don’t have any issues with?

One way to handle donations is to actually make it a part of your budgeting process.  Identify how much you will plan to donate to each charity and add it up to get your total amount.  Is it bigger or smaller than you expected?  Adjust your numbers until you get where you want to be.  Then when a particular charity solicitation comes in, you can just go to your list to see how much to give them (and determine if you’ve already given to them for the year).

Who Deserves Your Charitable Dollars?

Now let’s spending some time addressing the second question.  Who deserves your charitable dollars?  Are your dollars going to help the cause you are contributing to?  Or is the charity skimming some of that money to pay for salaries of the top folks?  Is the charity skimming some of that donation to pay for those solicitations and other fundraising efforts?  Of course they are, else you wouldn’t have received the request for funds.  The question is how MUCH of your dollar is going to these expenses and how much is actually going to provide services?

Fortunately, there are a couple of websites that you can use to do some research on the non-profit to look and see how your charity dollar is used.

All non-profits in the United States are required to file a form (Form 990) each year with the IRS, and the IRS makes that form available to the public. Having looked through the forms of several charities, it can be a little daunting but if you want to see the details about the organization, the numbers are broken out in good detail.

Fortunately you don’t need to go digging for this form, as two main websites take this information and present it to you along with some pie charts and other information to make it easier to review.

Charity Watch is one site that allows you to look at the information provided in the Form 990. It considers itself a “watchdog” for charities. If you put a charity name into its search field, it will provide some interesting charts showing how they use money donated and what part of that is used for the charity and what is used for fundraising.

I found that not all charities are on the list that they follow, but they will have information on all of the well-known charities

Charity Navigator is the other main site that shows you a breakdown of the Form 990 information in both textual and graphical format. This website also indicates that it is a 501(c)3 organization and allows more flexibility in the searches for organizations. This site focuses on a graph and values it creates to indicate the charity’s financial health and its transparency.

I could find even small local charities listed on this site. They also take the data from the past three years and average it so that the information doesn’t get skewed by, for example, an expansion building program that would be in only one year.

Guidestar is another site that helps evaluate charities. It requests free registration to see most of the information, but you can still see some information by doing a basic search from their main page. It will let you do five searches before you have to create an account, but the information provided is minimal. It considers itself an aggregator of charity information and is a non-profit itself.

How Does My Charity Compare With Others?

While I cannot say what is a good charity and what isn’t, Forbes does an extensive review of charities and lists some averages around them. For example, the average charity spends about 11 cents out of each dollar given for fundraising. Forbes picks 30 cents as the high cutoff for the list they create.

Likewise, the average amount that went to the actual charitable work averaged 85 cents out of every dollar donated in 2016. You will want to evaluate your charities for yourself, but this provides some general guidelines. Keep in mind that charities can vary significantly from these numbers. Just in the USA, charities received over $373.25 billion in 2015 (up 4% from the year before).

Therefore, it pays to learn more about those charities that ask for your money. After all, when we donate to a charity, we like to know that our money really is going to help those who need that assistance. And we don’t want to know that a large percentage is skimmed off for administrative and fundraising purposes.